Imagine, in the distant future when humanity is extinct; what would we have left behind? Chances are that this is plastic debris. On Hawaii bottom researchers have made a surprising discovery: they have found plastiglomerates: stones formed from sedimentary residues (such as sand and wood) which are held together by melted plastic. You can see examples of those stones below. 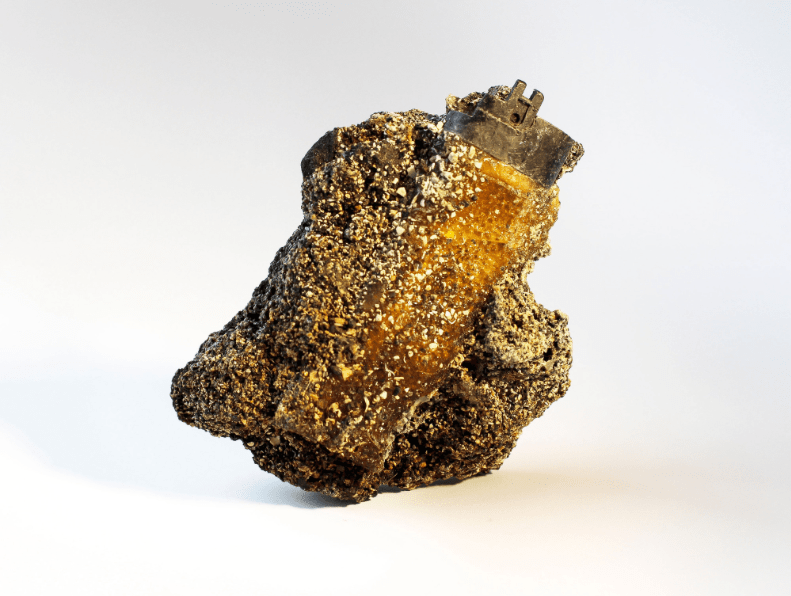 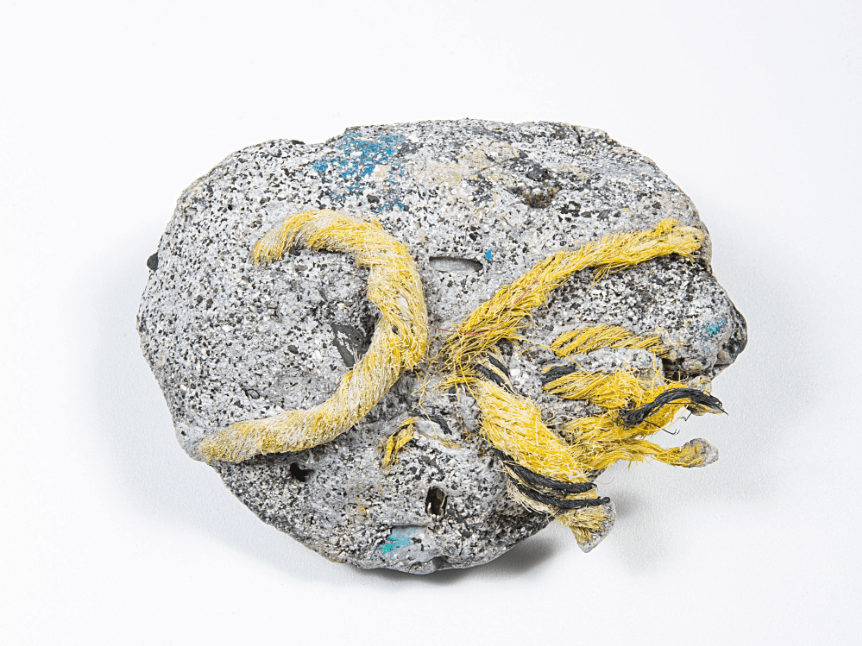 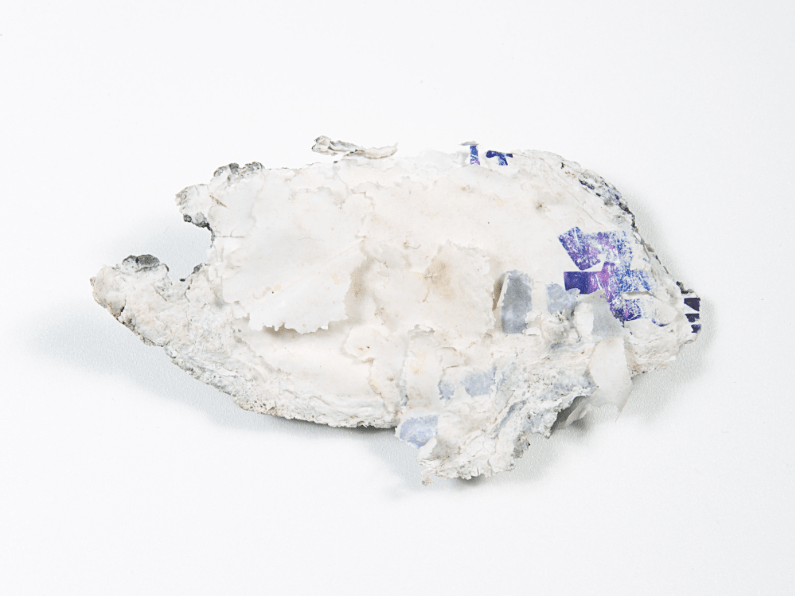 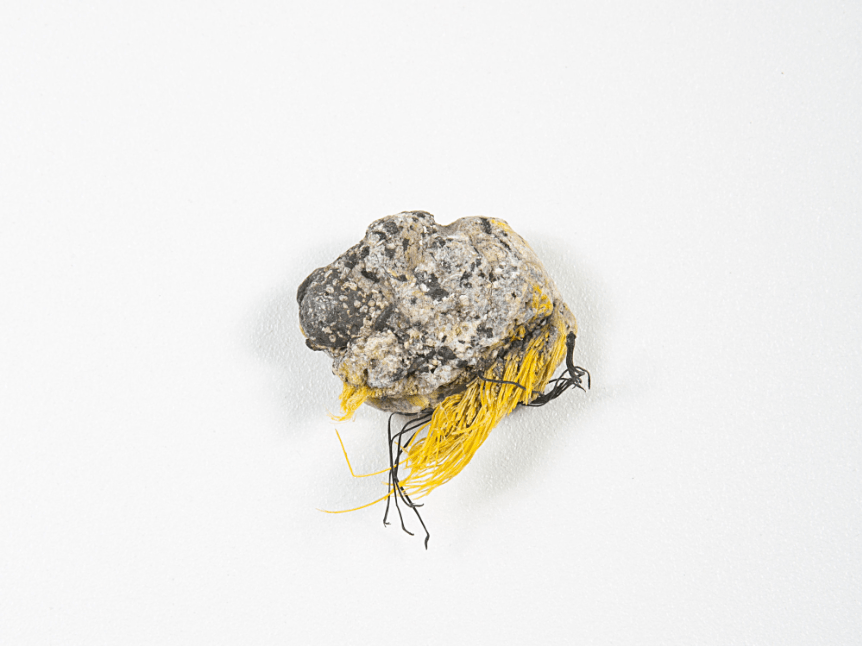 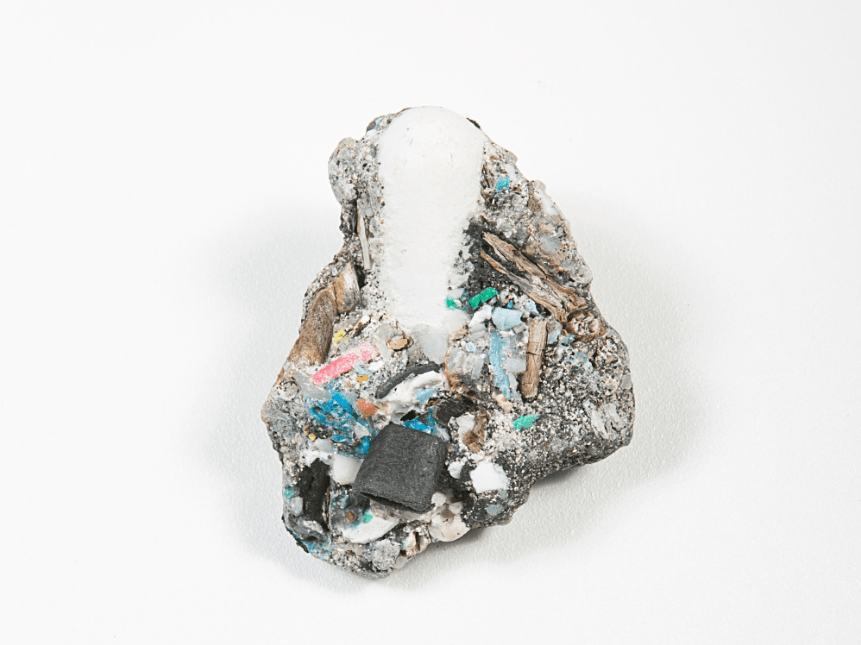 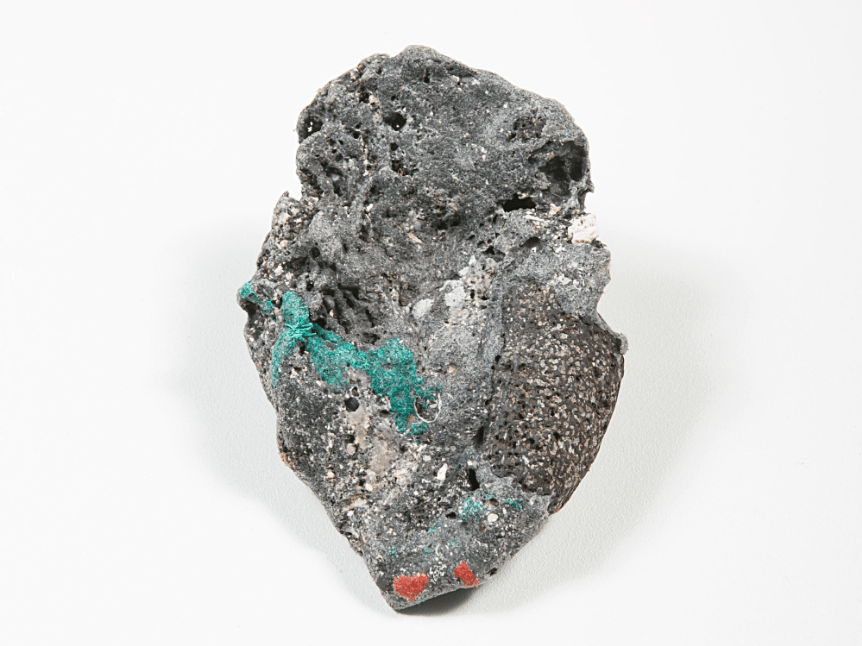 Plastic is a peculiar material: it is made by humans from materials buried deep in the ground, finds its way to the ocean, the beach, back to the land, where they’re finally being made into plastiglomerates. These ‘stones’, according to researchers, have a great opportunity to be a marker of human pollution, and a marker of the era of the Anthropocene.

There are two ways of how these ‘stones’ can originate. On one hand, the plastic adheres on the outside of stone, on the other hand it forms a combination of natural waste which is glued together with plastic. In both cases the plastic has to melt. A human cause is for the melting of the plastic are campfires on the beach, but there are also natural causes, such as lava flows, forest fires and other places where are extreme temperatures occur.

A lot of plastic debris on beaches can be recognized, for example: ropes, nets, toothbrushes, lids, plastic bags, and lighters. But plastiglomerate on the contrary, is distorted beyond recognition into fascinating, yet disturbing objects: they are the figurehead of the anthropocene, the interaction between man and nature. To read more on this subject, and to see what those plastiglomerate stones look like, read this article by Kirsty Robertson.